We are committed to the whole message 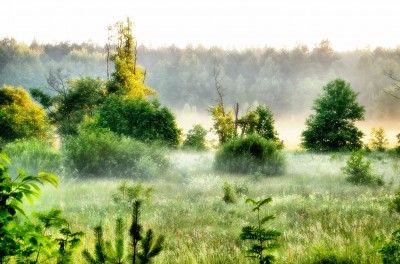 To many observing persons today it appears that conversion does not do for people as much as it once did. Too often the experience passes, leaving the seeker unsatisfied and deeply disappointed. Some who are thus affected, and who are too sincere to play with religion, walk out on the whole thing and turn back frankly to the old life. Others try to make what they can out of a bad bargain and gradually adjust themselves to a modified and imperfect form of Christianity spiced up with synthetic fun and enlivened by frequent shots of stimulants in the form of "gimmicks," to give it relish and sparkle.

The knowledge that revival campaigns can come and go without raising the moral level of the cities and towns where they are held should surely give us serious pause. Something is wrong somewhere. Could it be that the cause back of this undeniable failure of the gospel to effect moral change is a further back failure of the messenger to grasp the real meaning of his message? Could it be that, in his eagerness to gain one more convert, he makes the Way of Life too easy? It would seem so. In other times it was not an uncommon thing to witness the wholesale closing of saloons and brothels as a direct result of the preaching of the message of Christ in revival campaigns. Surely there must have been a difference of emphasis between the message they preached in those days and the ineffective message we preach today.

To allow the gospel only its etymological meaning of good news is to restrict it so radically as actually to make it something it is not. That "Christ died for our sins according to the scriptures" is good news indeed. That He, having by Himself purged our sins, sat down on the right hand of the Majesty in the heavens from which exalted position He mediates grace to all believers, is wonderful, heartening news for the sin burdened race. But to limit the Christian message to this one truth alone is to rob it of much of its meaning and create a bad misunderstanding among those who hear the resultant preaching.

The fact is that the New Testament message embraces a great deal more than an offer of free pardon. It is a message of pardon, and for that may God be praised; but it is also a message of repentance. It is a message of atonement, but it is also a message of temperance and righteousness and godliness in this present world. It tells us that we must accept a Savior, but it tells us also that we must deny ungodliness and worldly lusts. The gospel message includes the idea of amendment, of separation from the world, of cross-carrying and loyalty to the kingdom of God even unto death.

To be strictly technical, these latter truths are corollaries of the gospel, and not the gospel itself; but they are part and parcel of the total message which we are commissioned to declare. No man has authority to divide the truth and preach only a part of it. To do so is to weaken it and render it without effect.

This is more than a mere splitting of definitions. It has real consequences among Christian workers and, what is more serious, it has consequences among the trusting seekers who come to these workers for counsel. To offer a sinner the gift of salvation based upon the work of Christ, while at the same time allowing him to retain the idea that the gift carries with it no moral implications, is to do him untold injury where it hurts him worst.

Many evangelical teachers insist so strongly upon free, unconditional grace as to create the impression that sin is not a serious matter and that God cares very little about it. He is concerned only with our escaping the consequences. The gospel then in practical application means little more than a way to escape the fruits of our past.

The heart that has felt the weight of its own sin and along with this has seen the dread whiteness of the Most High God will never believe that a message of forgiveness without transformation is a message of good news. To remit a man´s past without transforming his present is to violate the moral sincerity of his own heart. To that kind of thing God will be no party.

We must have courage to preach the whole message. By so doing we shall undoubtedly lose a few friends and make a number of enemies. But the true Christian will not grieve too much about that. He has enough to do to please his Lord and Savior and to be true to the souls of all men. That may well occupy him too completely to leave much time for regrets over the displeasure of misguided men.

Sunday –10:00am
A time to praise, worship and participate in the mutual enjoyment of the building up of the Body of Christ.

Thursday – Home Groups –7:00pm
There are currently four home groups. If you would like to join one, just ask.